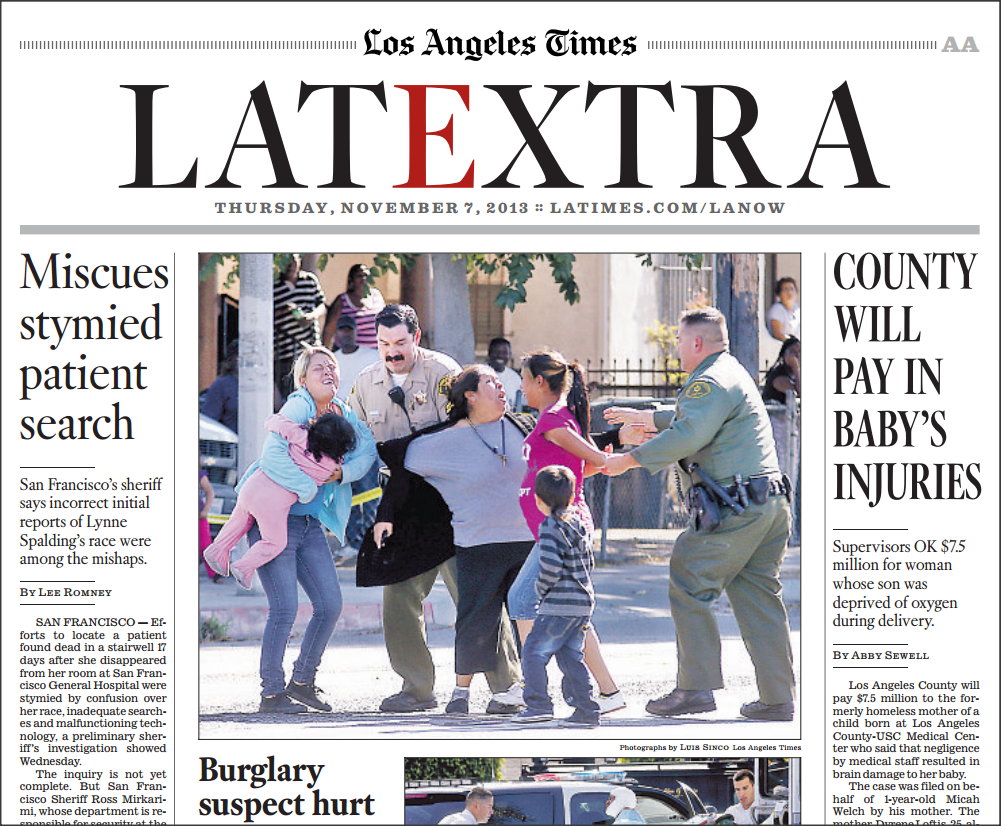 The payment to a formerly homeless woman whose son was deprived of oxygen during birth is the largest malpractice settlement in several years, a spokesman says.

Los Angeles County will pay $7.5 million to the formerly homeless mother of a child born at Los Angeles County-USC Medical Center who said that negligence by medical staff resulted in brain damage to her baby.

The case was filed on behalf of 1-year-old Micah Welch by his mother. The mother, Dyrene Loftis, 25, alleged that because of poor medical care, she suffered a ruptured uterus that caused a lack of oxygen to the child during his delivery.

The settlement was finalized Tuesday in a unanimous vote by the county’s Board of Supervisors. County spokesman David Sommers said it is the largest medical malpractice settlement the county has approved in at least the last eight years.

Loftis was 39 weeks pregnant and living at Union Rescue Mission, a homeless shelter in downtown Los Angeles, with her two older children — now 2 and 3 years old. In April 2012, she was rushed to County-USC by ambulance with severe abdominal pains, said her attorney, Bruce Fagel.

After 14 hours in the labor and delivery unit, Loftis was discharged and sent back to the homeless shelter without being seen by an obstetrician, Fagel said. She returned to the hospital less than 12 hours later with a ruptured uterus, and delivered her baby via an emergency caesarean section.

Assistant County Counsel Sharon Reichman said she could not comment on the specific allegations in the suit, but defended the county’s health services department.

“I think that department does outstanding work, and to my knowledge, I have yet to see them ever purposely get rid of a patient,” she said. “They really do an exemplary job of helping [homeless] patients, to the point of admitting them if they need a place to stay.”

Micah has severe brain damage and requires assistance to breathe and eat. He is at a long-term care facility in Sun Valley. Loftis — who has since moved into a rent-subsidized apartment — said she rides a bus for two hours several times a week to visit her son.

Fagel said the settlement will be used to buy an annuity to pay for Micah’s future medical care and enable Loftis to buy a house where Micah can stay with the family.

“That’s the most important thing to me right now, just getting him home,” Loftis said in a telephone interview. The settlement, she said, “will help me take care of my baby, but I’m really not happy with the whole situation.”